Recurrent Exertional Rhabdomyolysis (RER) is a form of exercise intolerance. The clinical signs manifesting during or after exercise resemble other types of exertional rhabdomyolysis. During an episode, horses are reluctant to move, experience pain, stiffness, and tremors, and sweat profusely. Serum creatine kinase (CK) and aspartate aminotransferase (AST) are elevated, indicating muscle damage. In severe episodes, pigmenturia (coffee-colored urine due to the presence of myoglobin), inability to stand, and death can occur. These symptoms resemble other forms of exercise intolerance such as Polysaccharide Storage Myopathy (PSSM), Myofibrillar Myopathy (MFM), and Vacuolar Myopathy (VM). Dietary therapy (elimination of sugars and the addition of protein and fats) and a specific exercise regimen can help to manage symptoms.

Episodes of RER are characterized by very high levels of serum CK and AST (values over 10,000, where the baseline value is under 500) and by myoglobinuria (coffee-colored urine), shown in the image below. 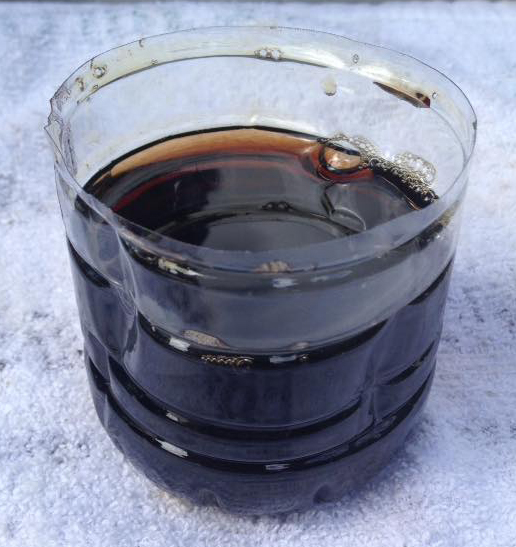 RER is distinguished from other forms of exercise intolerance by a specific defect that is evident using a research technique that is not available as a routine diagnostic method. Living muscle tissue from affected horses is more sensitive to caffeine- and halothane-induced contracture than is muscle tissue from unaffected horses. Horses with RER have an alteration in muscle cell calcium regulation.

Horses with RER exhibit episodes of tying-up that are induced by stress. Stress can include transport and other changes in routine. Horses with RER are often described as having an excitable temperament.

Researchers at EquiSeq have identified Px, a genetic variant of CACNA2D3, that appears to be associated with RER. A hair test for this variant is available as an investigational test.

Results of the genetic test for RER are presented as shown below.

Recurrent Exertional Rhabdomyolysis (RER), as seen in Arabians and Thoroughbreds, appears to be inherited, although the phenotype has not yet been assigned to a gene in the published literature. Affected sires have been shown to produce both affected and unaffected offspring, including colts, supporting an autosomal dominant mode of inheritance. Genome-wide association studies (GWAS) have identified several genomic regions that are associated with RER, although candidate genes have not been identified in the published literature. The genes RYR1, CACNA1S, and ATP2A1 have been excluded as candidate genes.

Researchers at EquiSeq have identified Px, a semidominant genetic variant of CACNA2D3 that appears to be associated with RER.

The Px mutation is in linkage disequilibrium with the risk alleles of three single-nucleotide polymorphisms (SNPs) that are associated with RER in some related Thoroughbreds but not others in the published literature. This suggests that Px requires another genetic component, which has not yet been identified.

A hair test for the Px variant is available as an investigational test. The semidominant allele is abbreviated as Px, with the wild-type allele abbreviated as n. 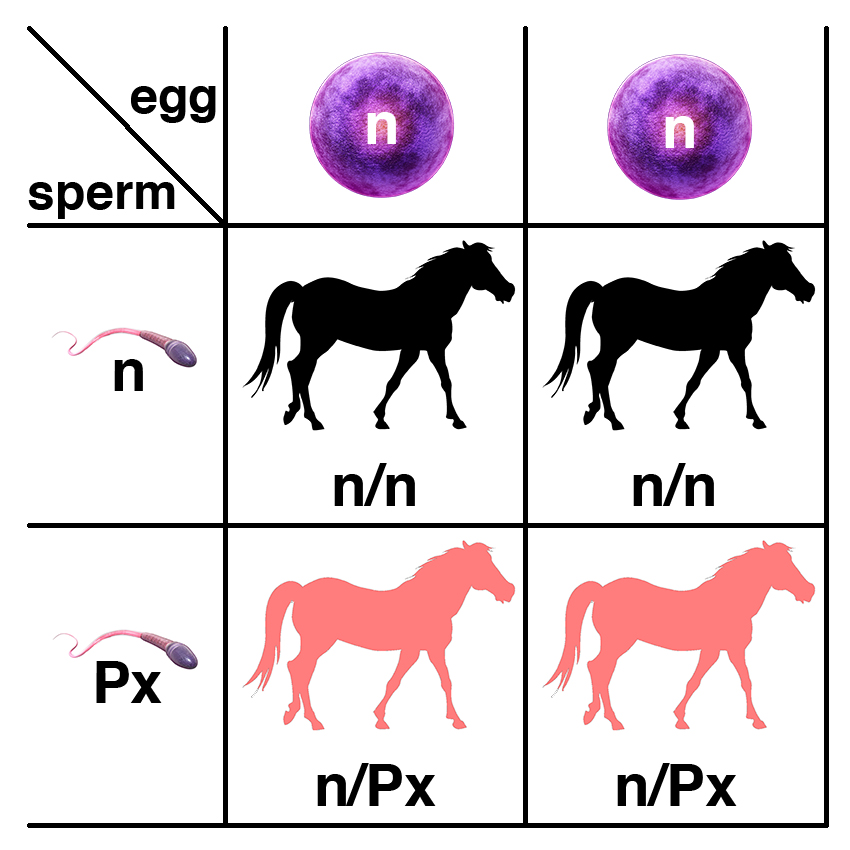 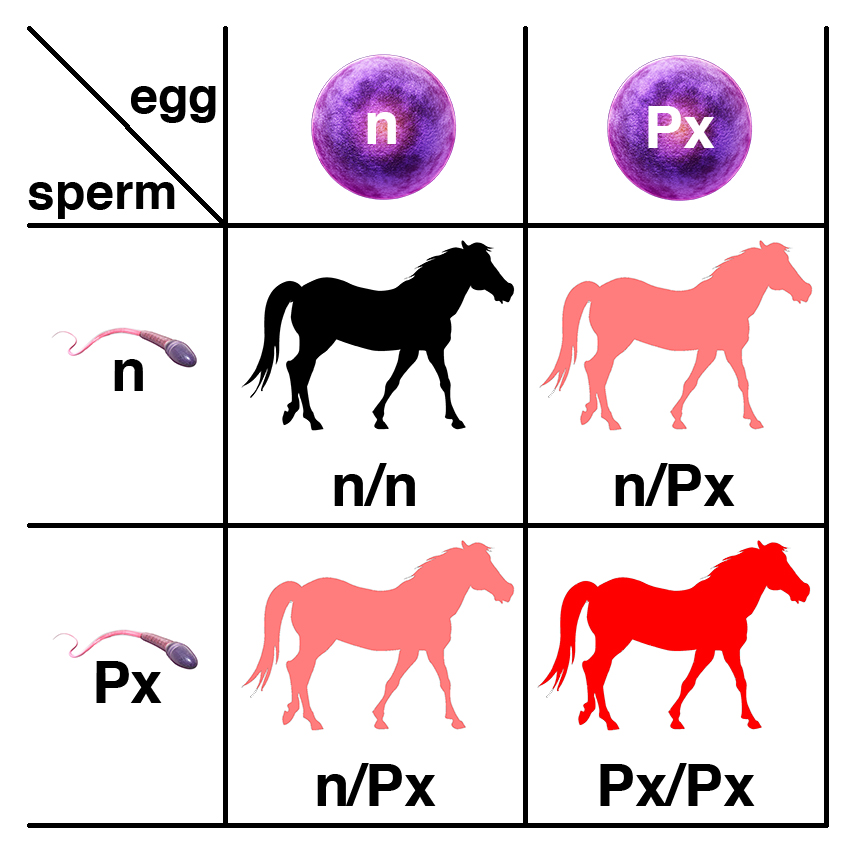 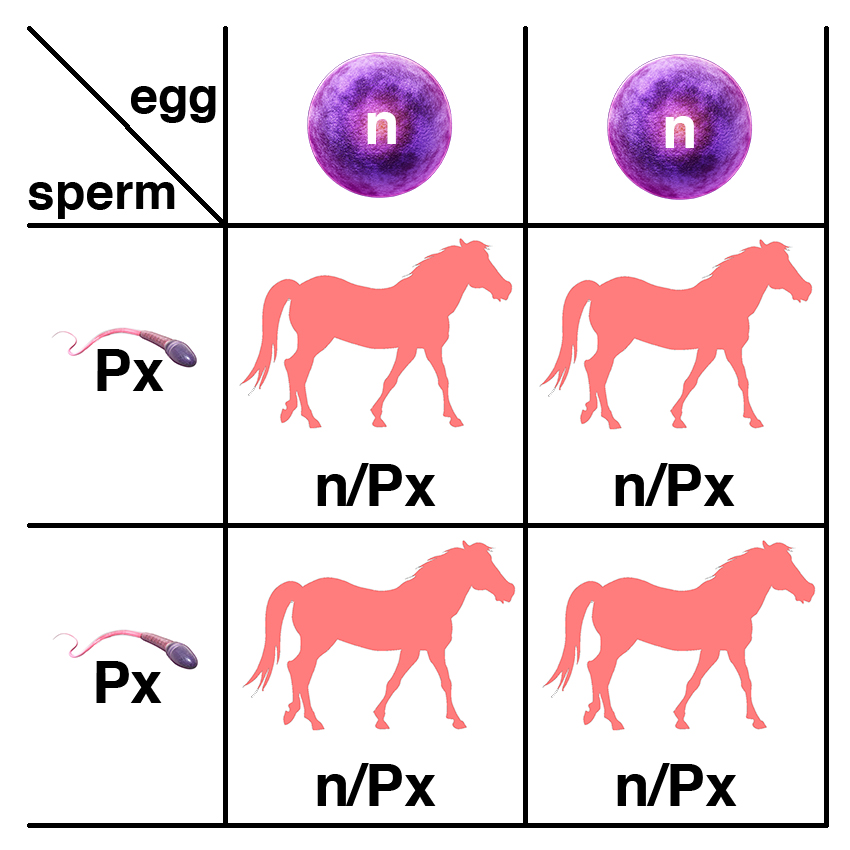