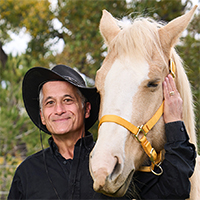 You'd be surprised to learn that ... Paul (PGP89) donated his genome to science through the Personal Genome Project.